Try using cards likes King of the Swamps and Elemental Hero Prisma to add consistency to the build. 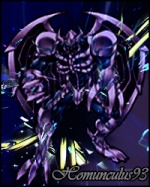 I agree with PIckles. Sometimes you cant get those cards in ur hand at the same time so use something to replace it. LIke a Hero engine with 1x Stratos and x3 prisma. and/or us king of the swamp
_________________ 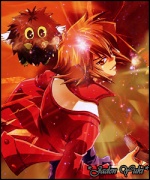 ok so what should i take out to make room for said cards?

i would suggest you do the following:

replace your beastkings with kings. he does the same thing as beastking, and he can search for poly.

take out an ancient rules, a dark magician, and a buster blader and replace it with 3 e-hero prismas so you can get what ever you need to the field faster.

only run 2 dark magic curtains and 2 emblem of the dragon destroyers. it will make it easier to draw into your cards that are needed.

run rank 4-7 xyz monsters to fill in the empty extra deck slots. for rank 4's i suggest using daigusto emeral because he can give you a free dark magician if need be. plus, he can add resources back and draw power, which is always good for a deck. the rest, you should do some searching on DN and pick according to your tastes.

i would have tested this myself to see what exactly is wrong with the deck, but i was recently banned to help the cause of the site, so this is all the advice i can give you just from looking at this deck. best of luck! 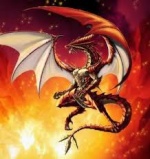 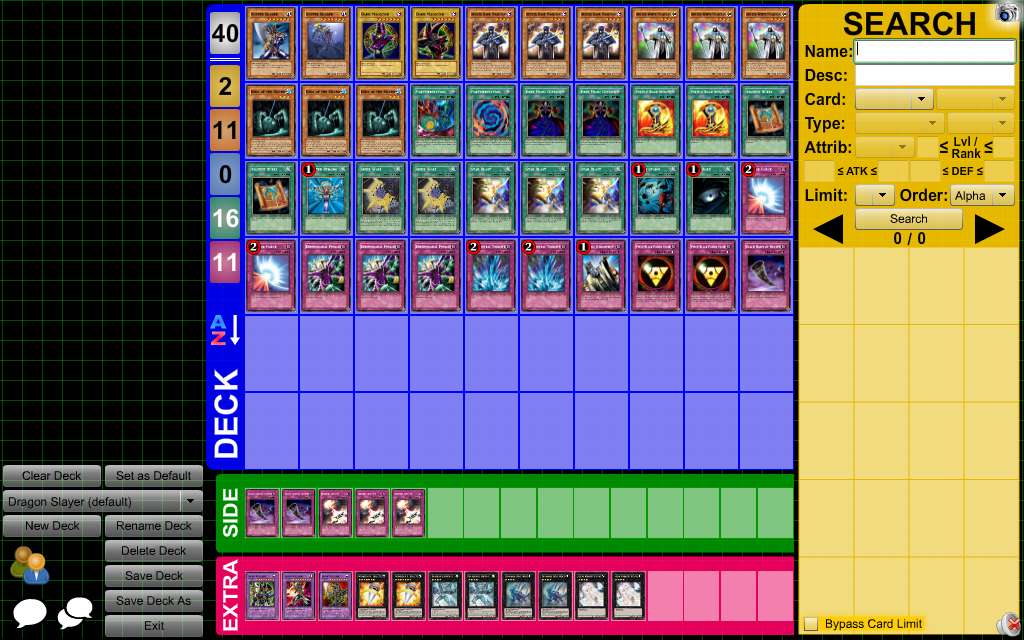 Well, I thought of a more risque idea.

If you're going to give Dark Paladin Spellcaster support, might as well give him THE Spellcaster engine this format. If you're not afraid to shy away from Tier 0 support, here you go. 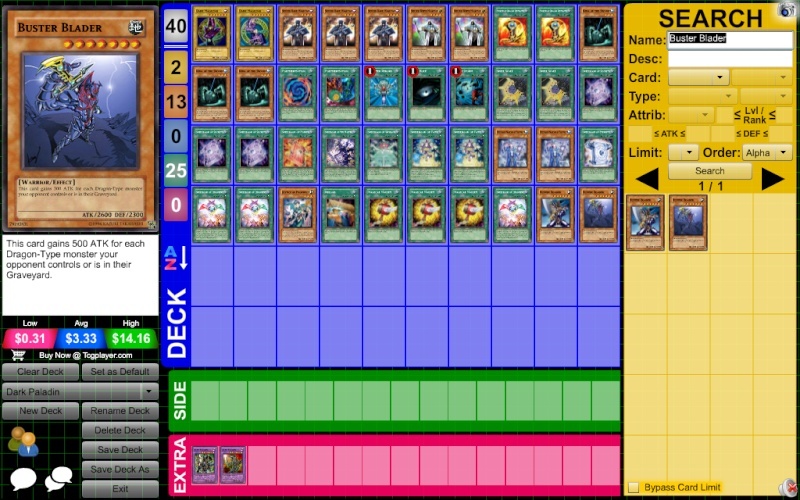